I arrived in Rotorua at the Great NZ Quilt Show just as it was opening and there was a queue to get in.  That's a really good sign that all the hard work of the organisers is going to pay off.

During the two days I was there, I managed to record interviews with several interesting people.  This first podcast is a mash together of the small soundbites I got with:

Marion Manson - quilter, artist and natural dyer, Marion was one of the exhibition judges.  Unfortunately I didn't get to speak with Norma Slabbert, the other judge, as she wasn't feeling great and was busy organising her presentation later that day.

Catherine MacDonald - Aotearoa Quilters president and owner of Mallee Textiles (Catherine makes drool worthy fabrics, some of which may have found their way home with me).

Here are a few of the quilts we talk about on the podcast: 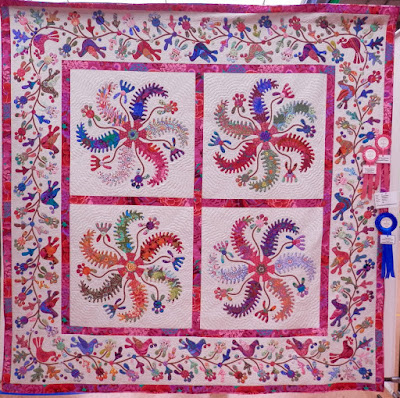 'Fabulous Feathers' by Carol Newsham, which Marion Manson talks about as her judges choice award (this photo was actually taken at the Auckland Festival of Quilts as I missed getting a photo of it at Rotorua). 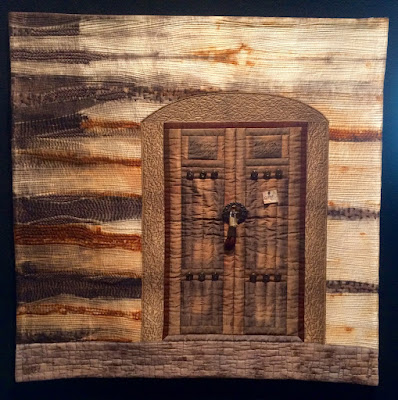 'Gone' by Jeanette Gillies, winner of the Flight Challenge, which is also discussed by Marion. 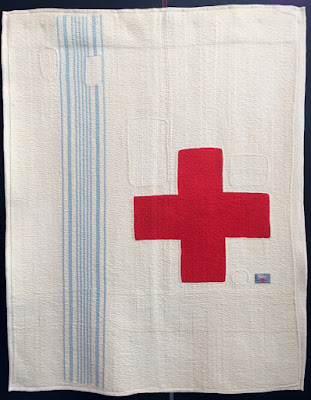 'Petone Hospital Blanket' by Katherine Morrison, winner of Best in Show at the Wellington Symposium 2009.  Valda and I talk about this as a controversial winner. 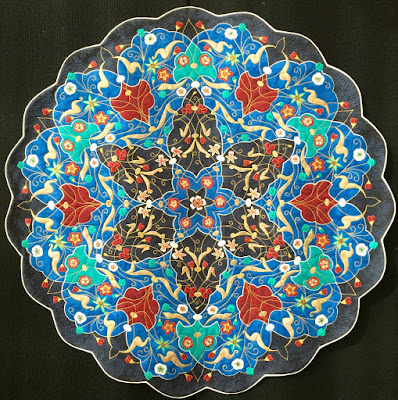 'My Turkish Plate' by Valda Sutton, winner of Best in Show at the Palmerston North Symposium 2013.  This quilt is also mentioned in Valda's interview. 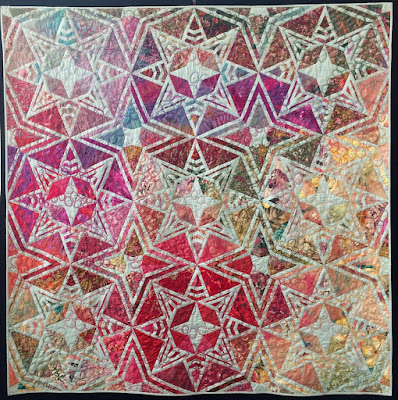 'Starnet' by Marge Hurst, winner of the very first Best in Show at Symposium Upper Hutt 1993.  Discussed in Valda's interview.

I hope you enjoy the podcast and stay tuned as I have another couple that I'm editing at the moment.

Posted by Charlotte Scott at 8:58 PM