MV Cerego on the slip

This is a photo-heavy post and is all about the boat.  MV Cerego is being turned into a home for my family and I.  We hope to be living aboard soon. 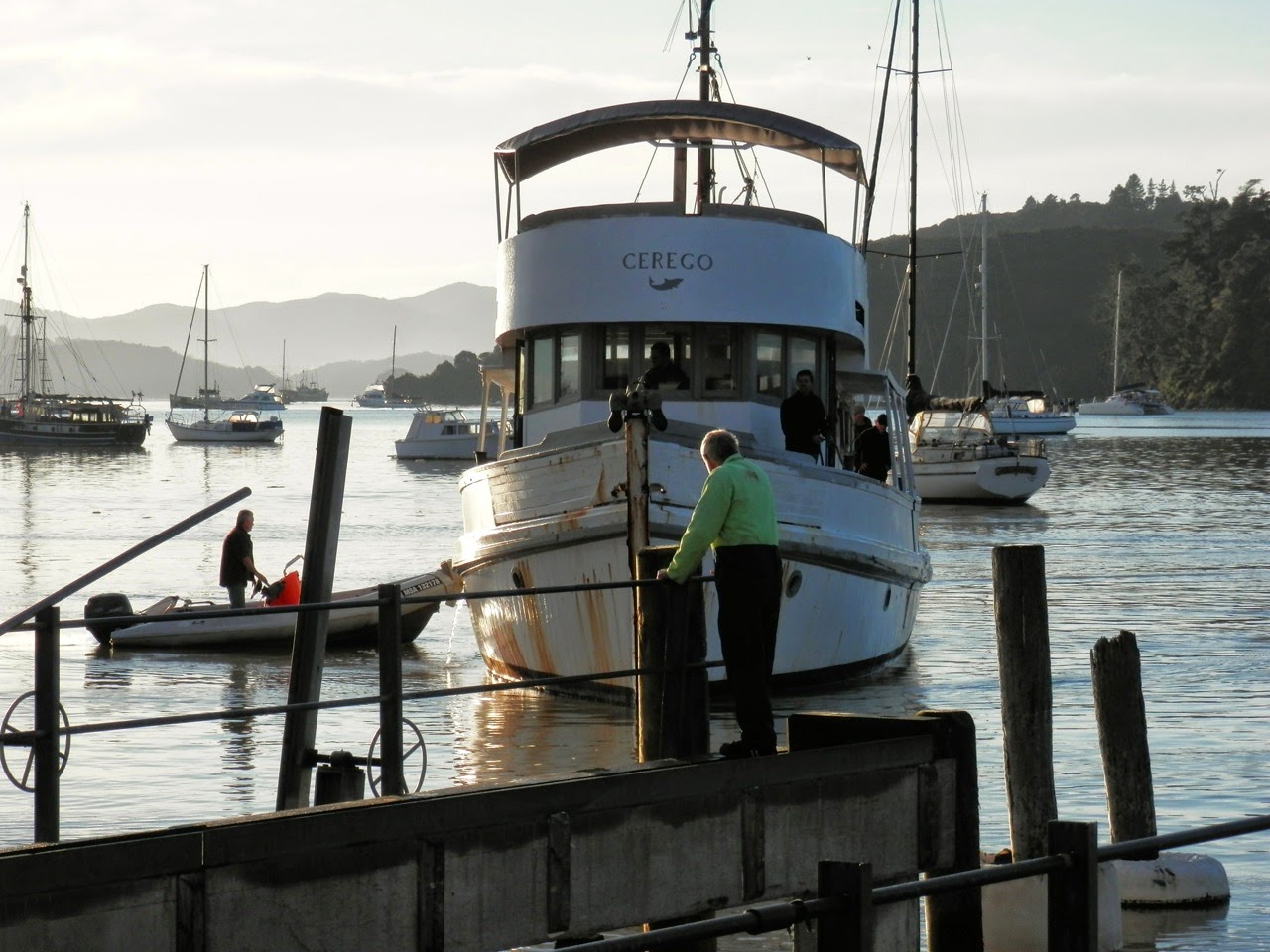 MV Cerego came out on the slip last week.  It was also the first time my husband had moved her from the dock, so he was practicing piloting her at the same time.  He had plenty of helpers and it was a clam, beautiful day.  I was nervous but kept myself occupied by taking lots of pictures, and even a little video of them winching her out (I could try and post that if anyone is interested). 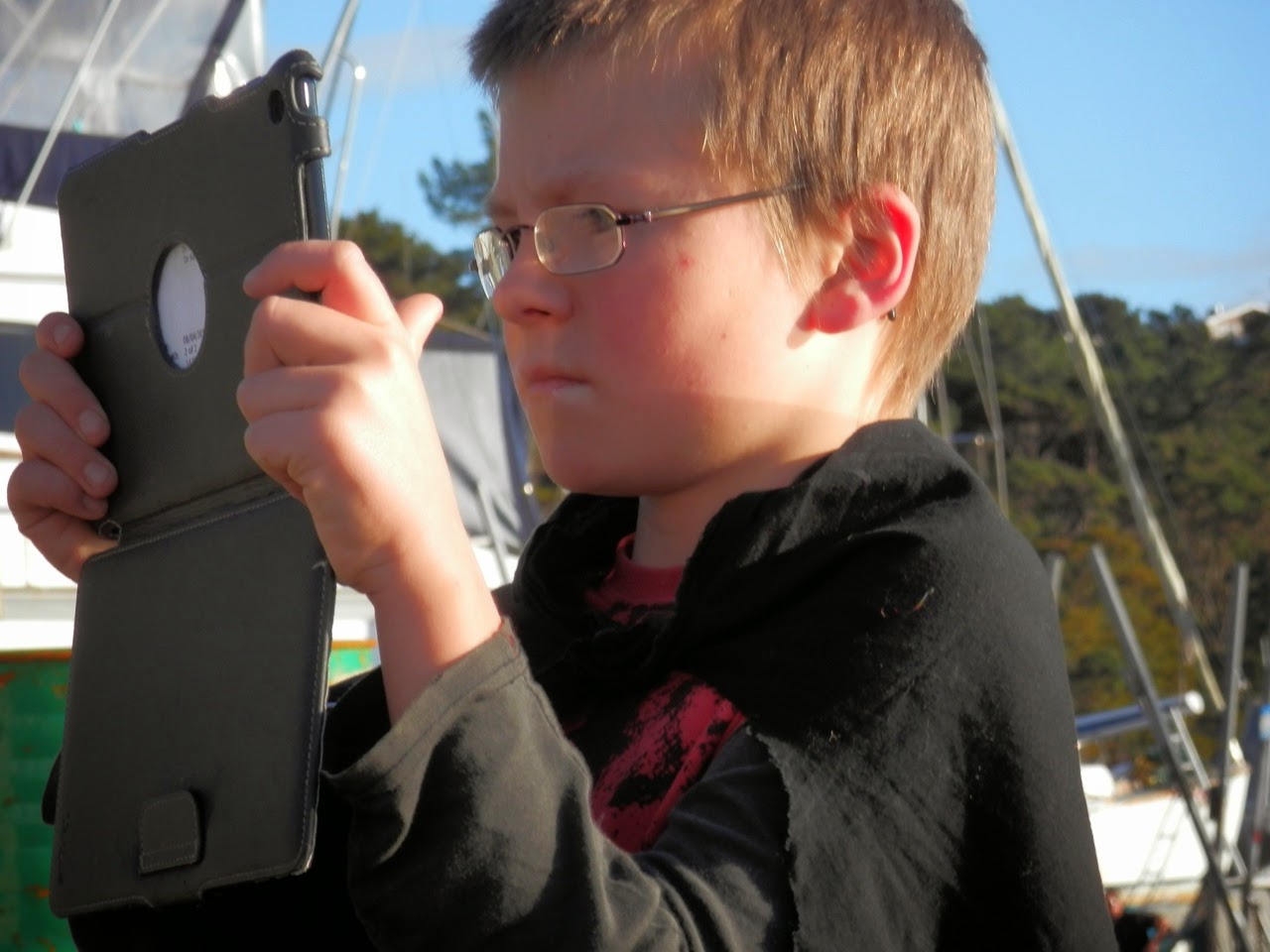 The little helpers thought it was the most BORING thing in the world.  I caved in the end and let them play Plants vs Zombies on the iPad.... 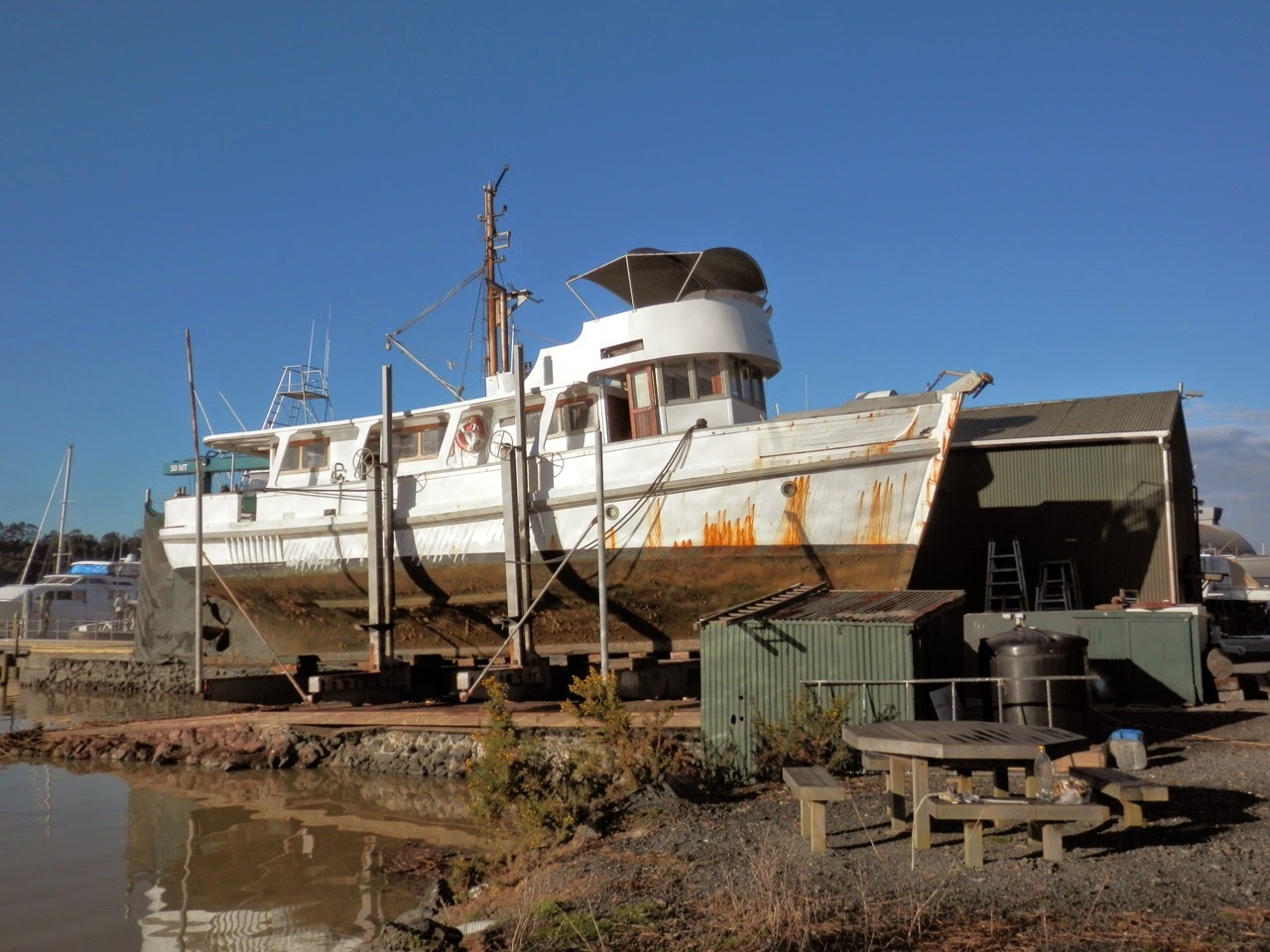 She looks huge sitting up there out of the water.  That is a big shed behind her!  But, of course, photos can't really convey it. 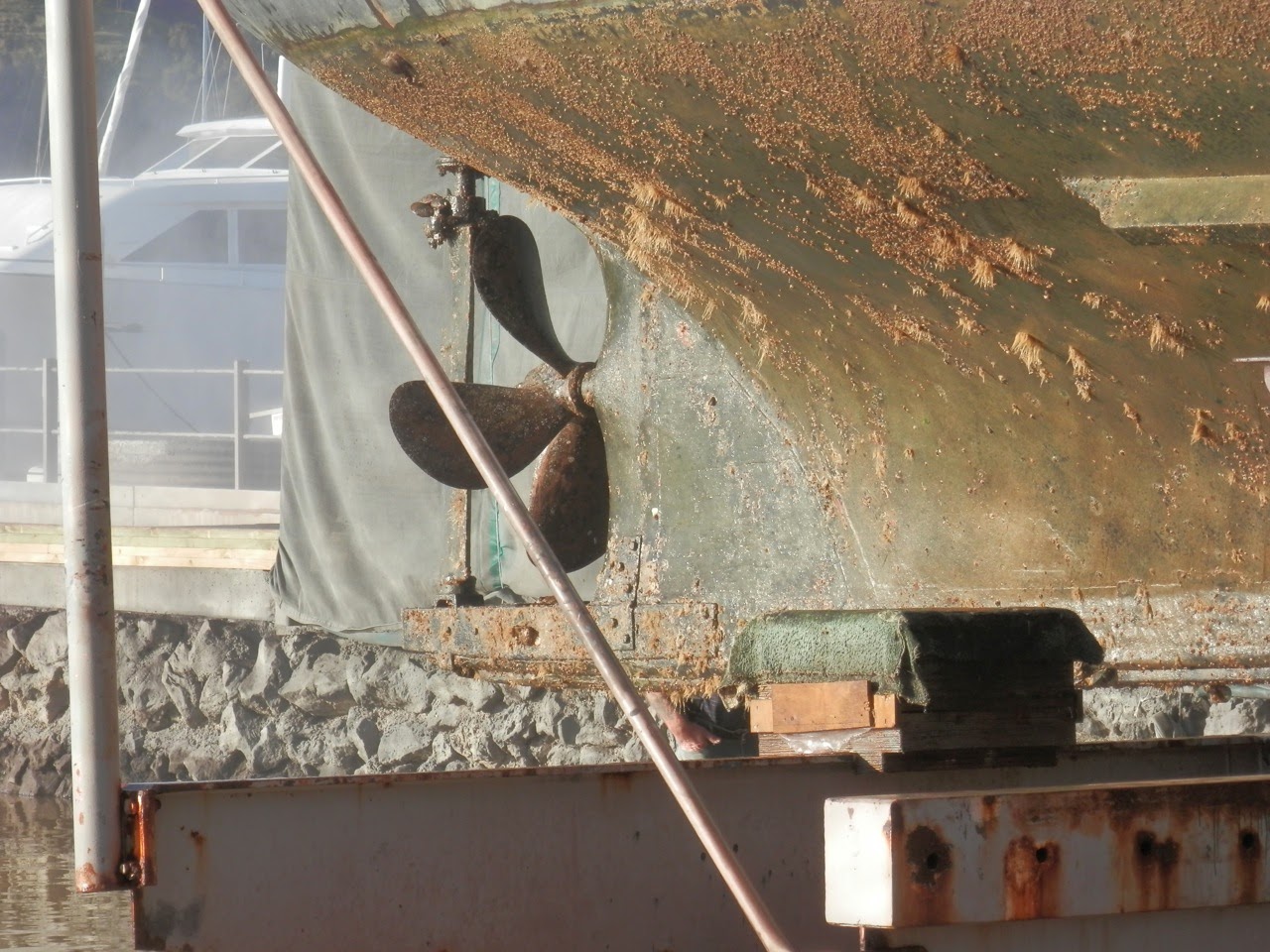 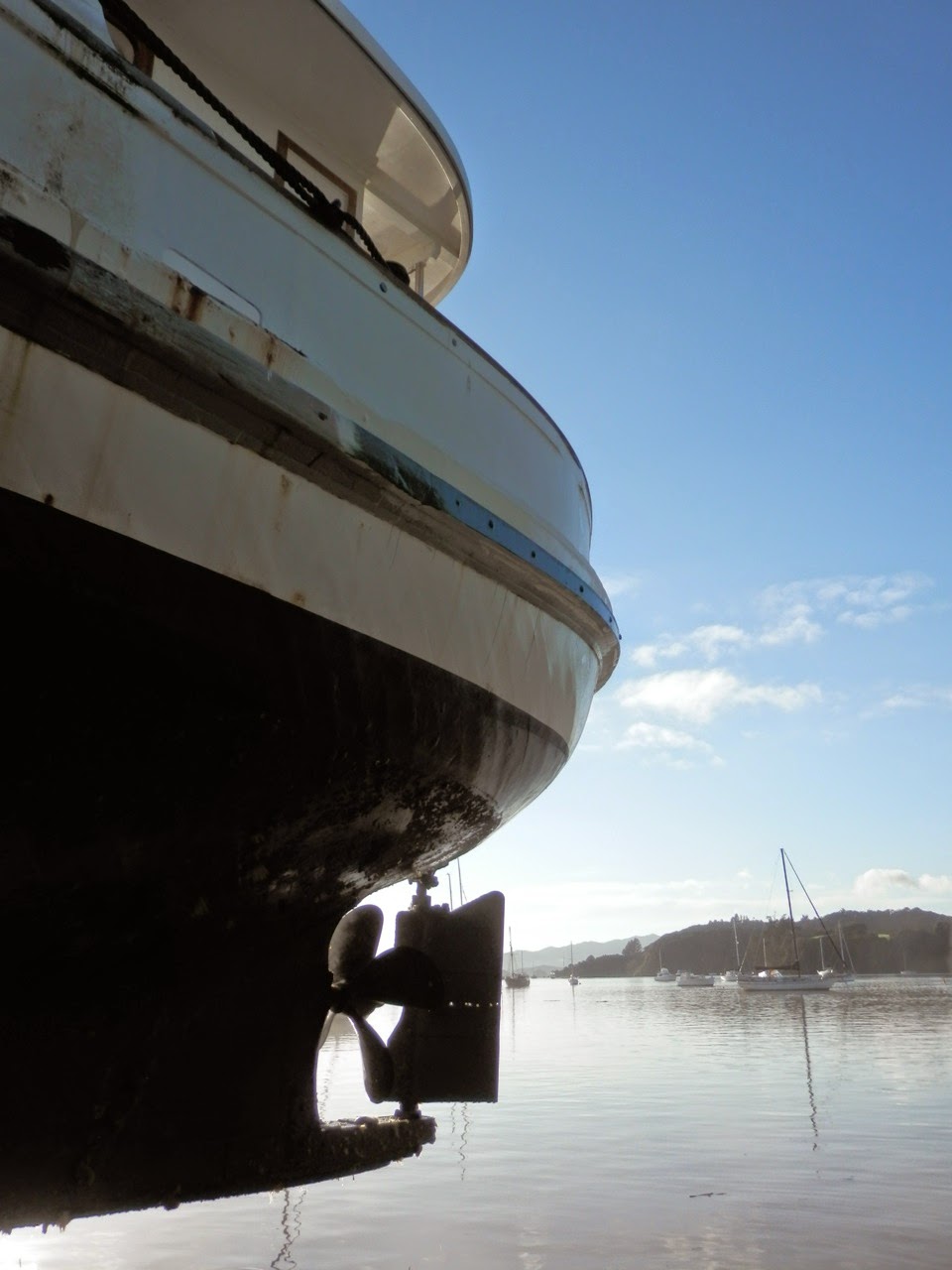 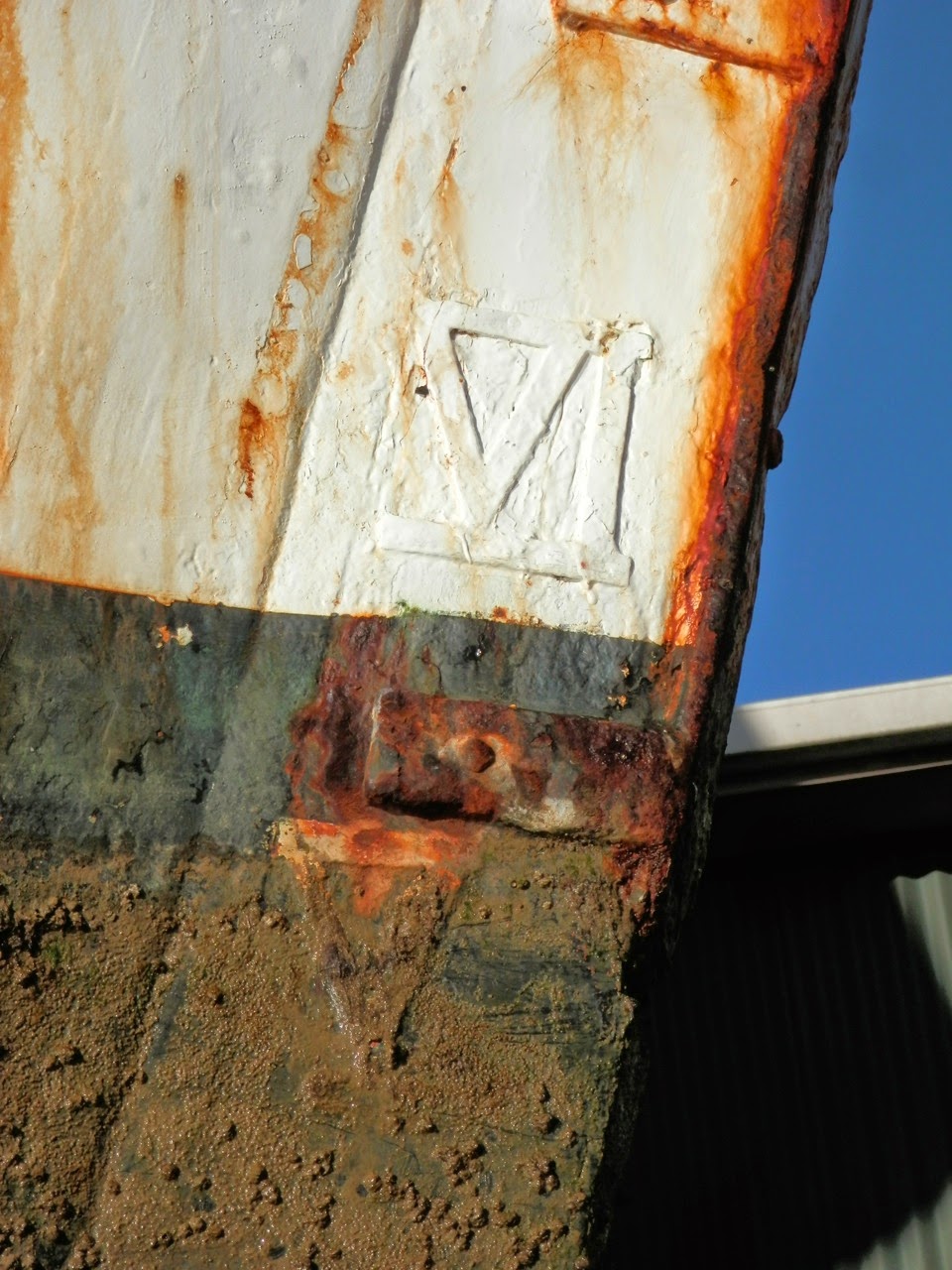 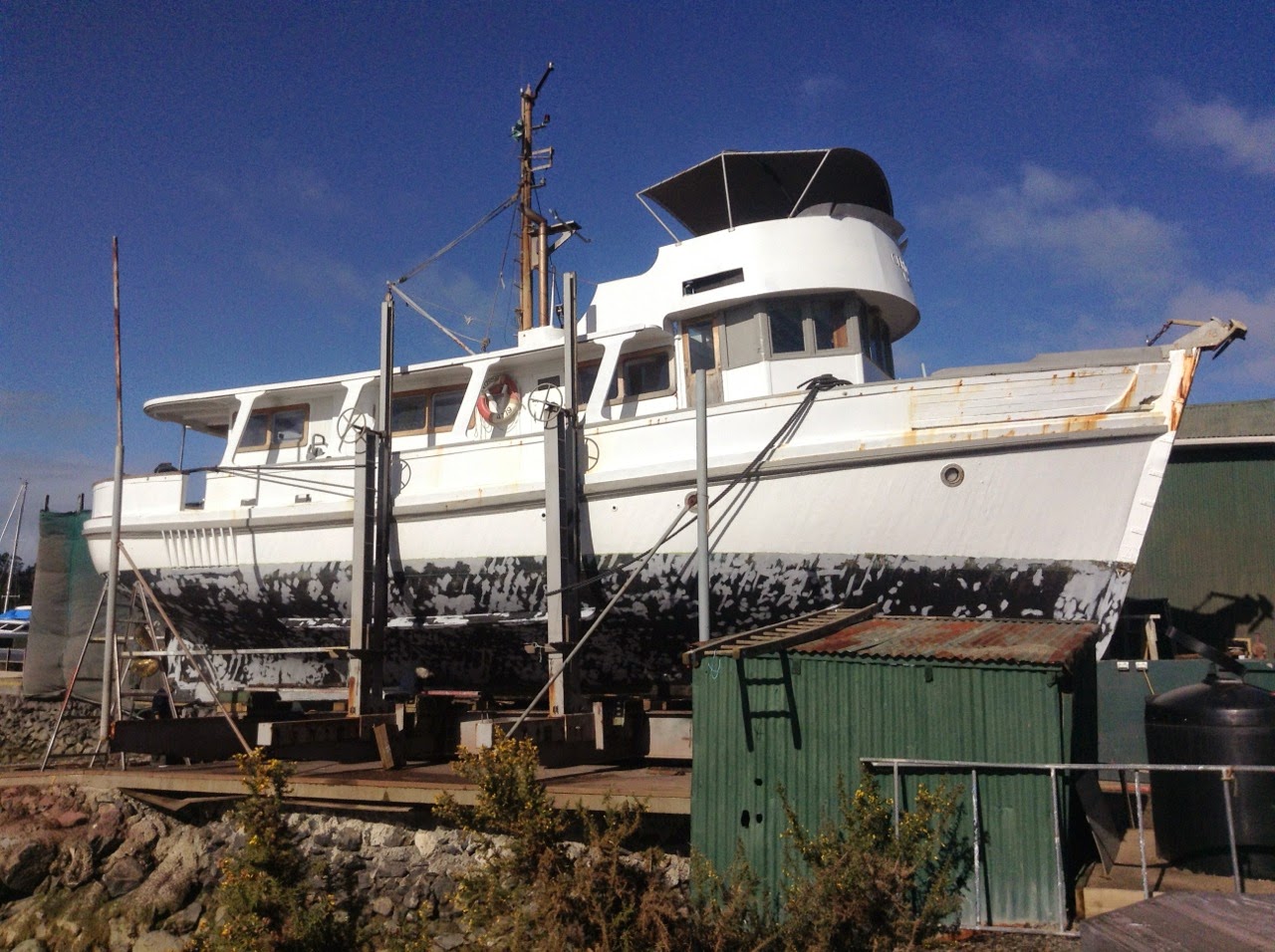 And a week or so later, she is cleaned, painting has begun, and her propeller is shiny. 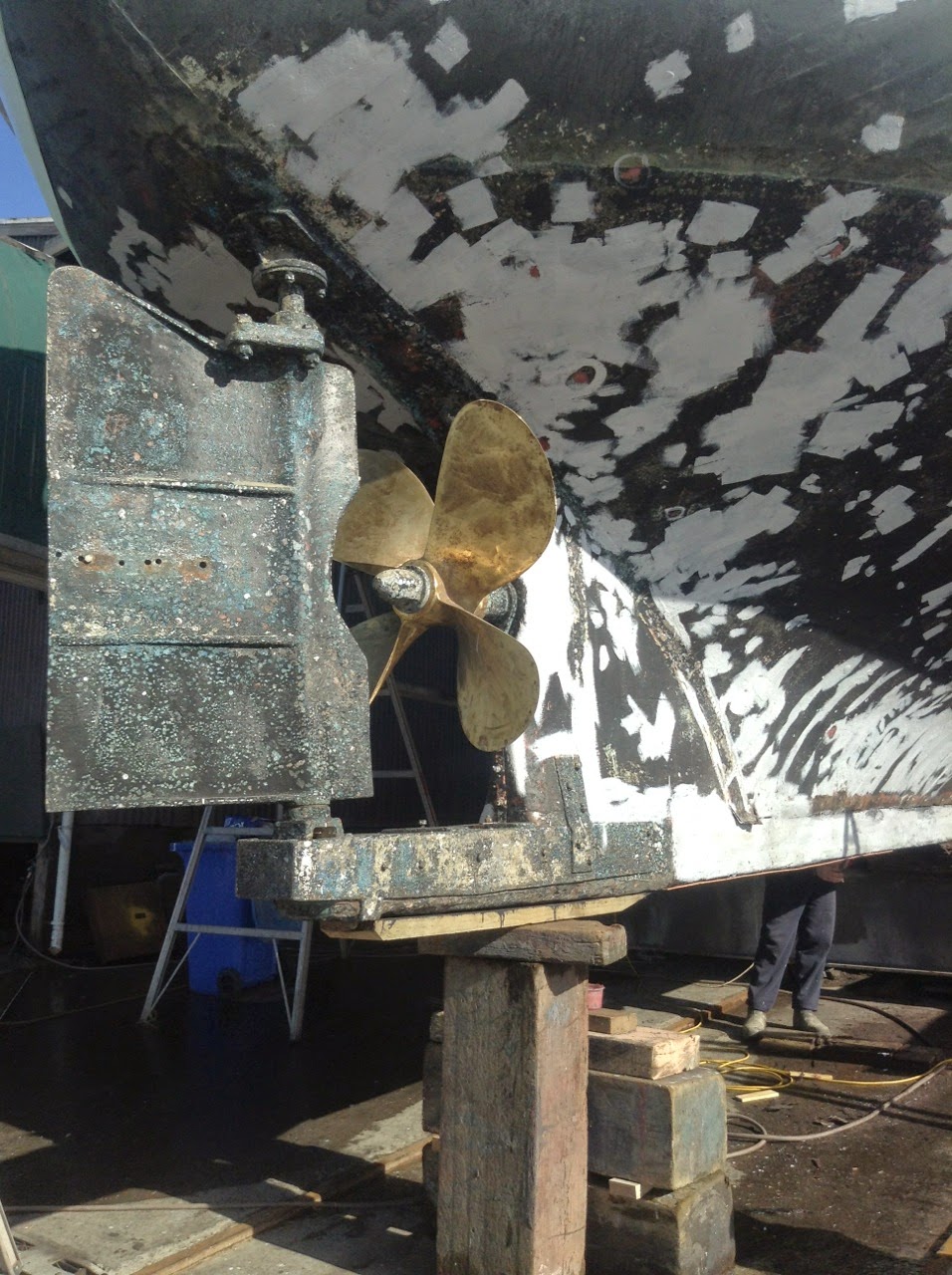 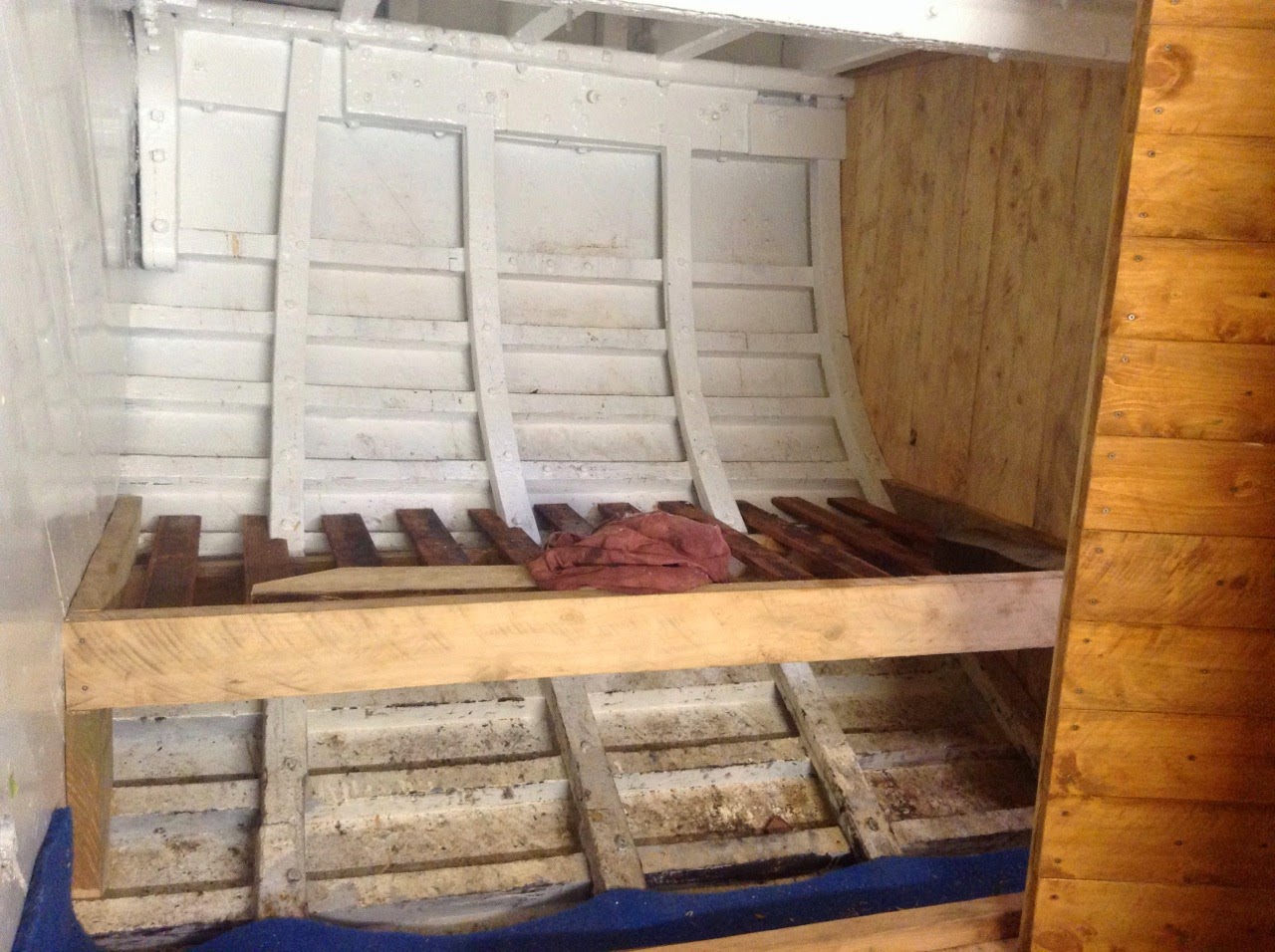 The work continued inside too.  There are bunks appearing, staircases being put in, painting finished off and wiring being done. 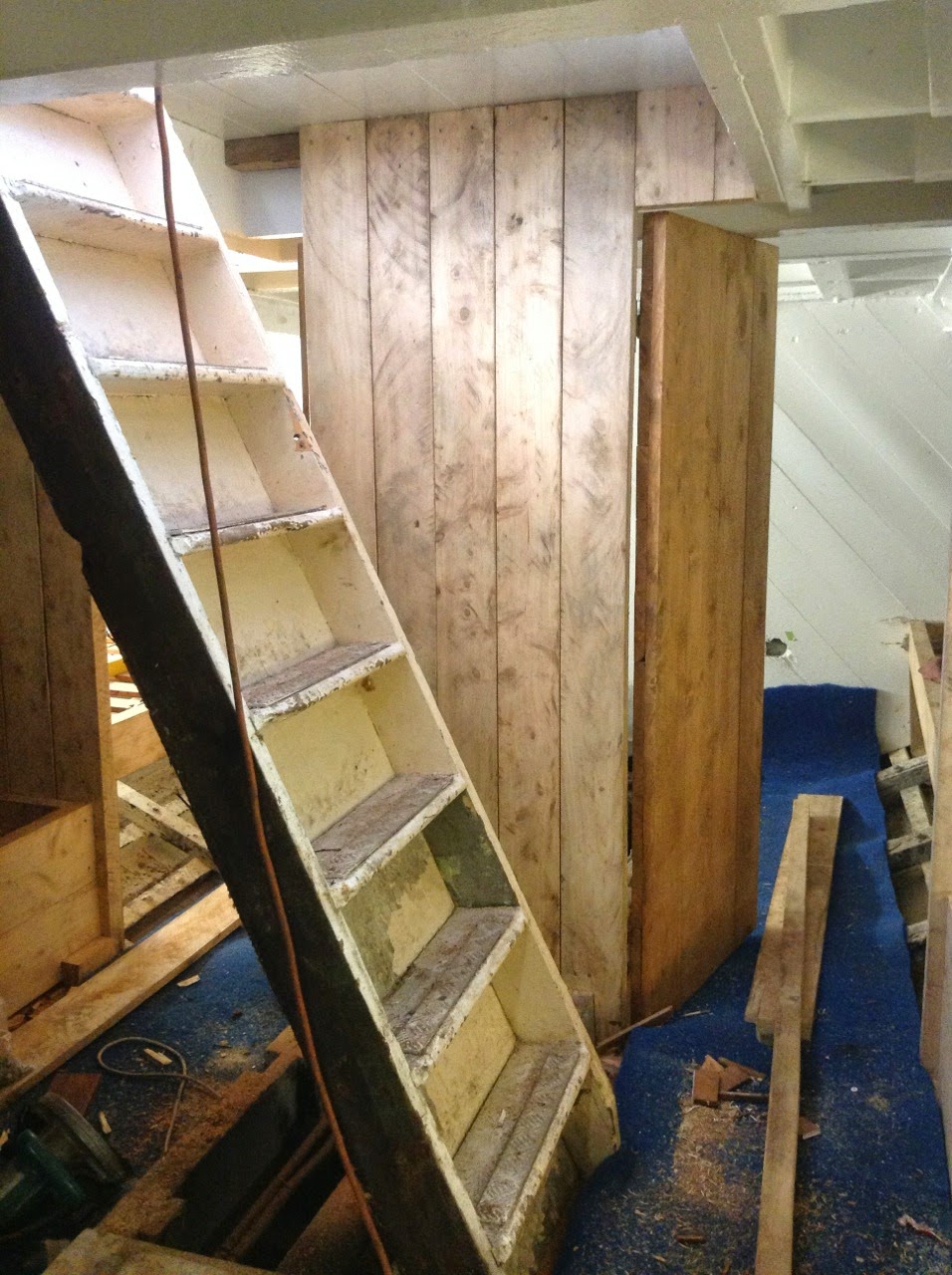 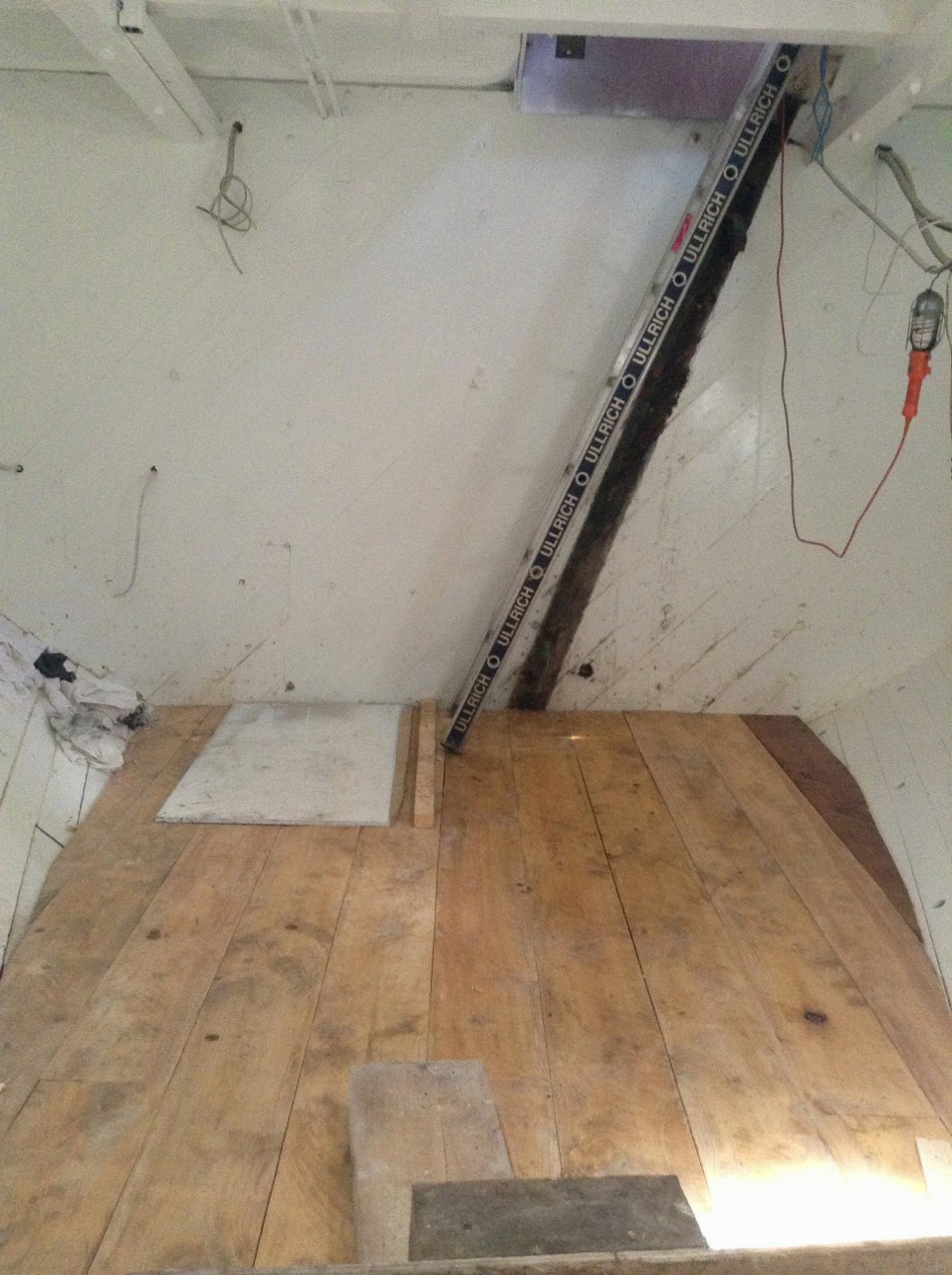 There is even have a floor in the forward cabin, my bedroom-to-be. 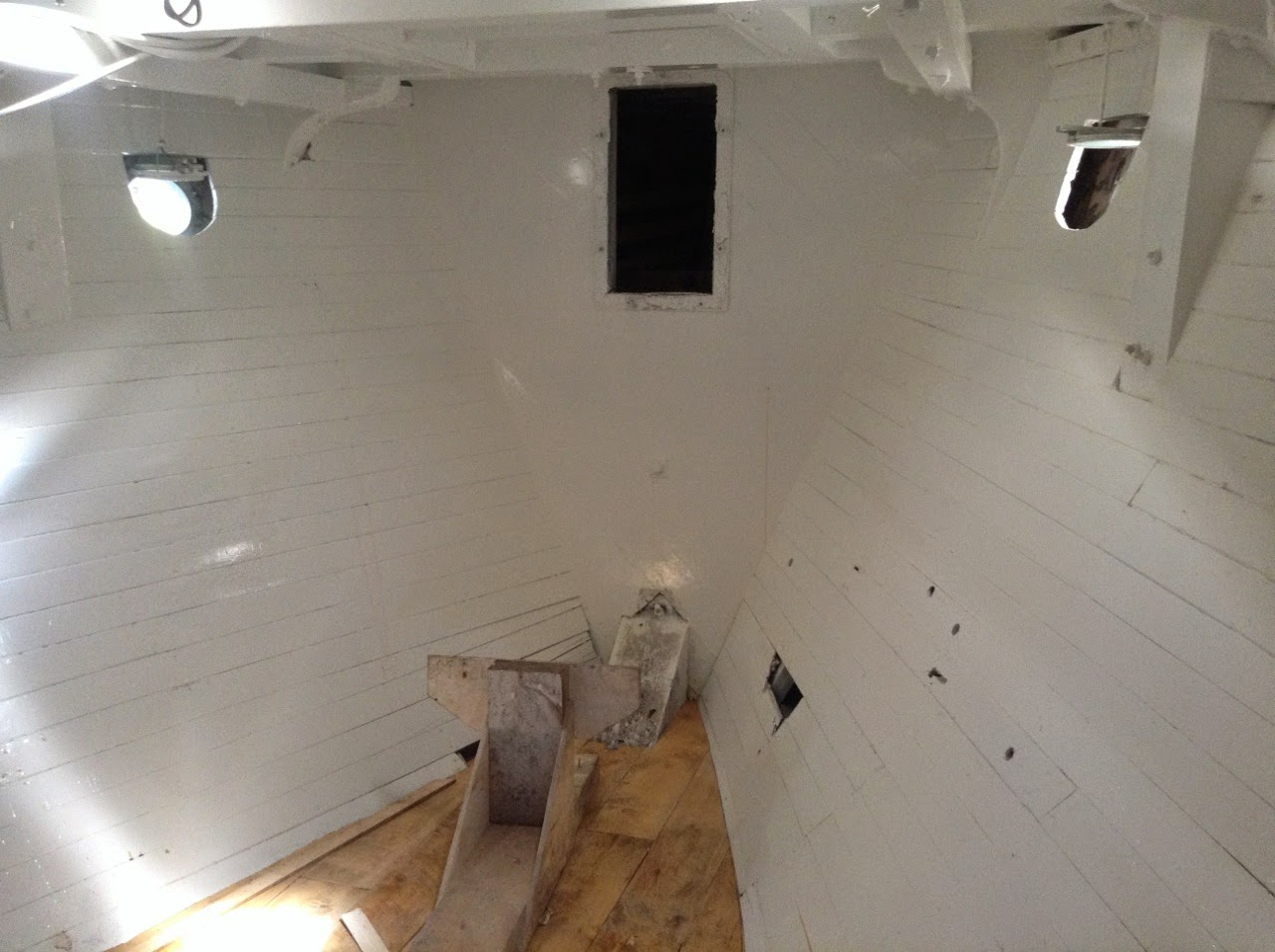 Don't you think the pointy end of this room would be a great place for a built in desk with a Sweet Sixteen mid-arm sewing machine?!  I suggested this to my Husband and he wasn't completely averse to the idea so I think I might keep working on him. 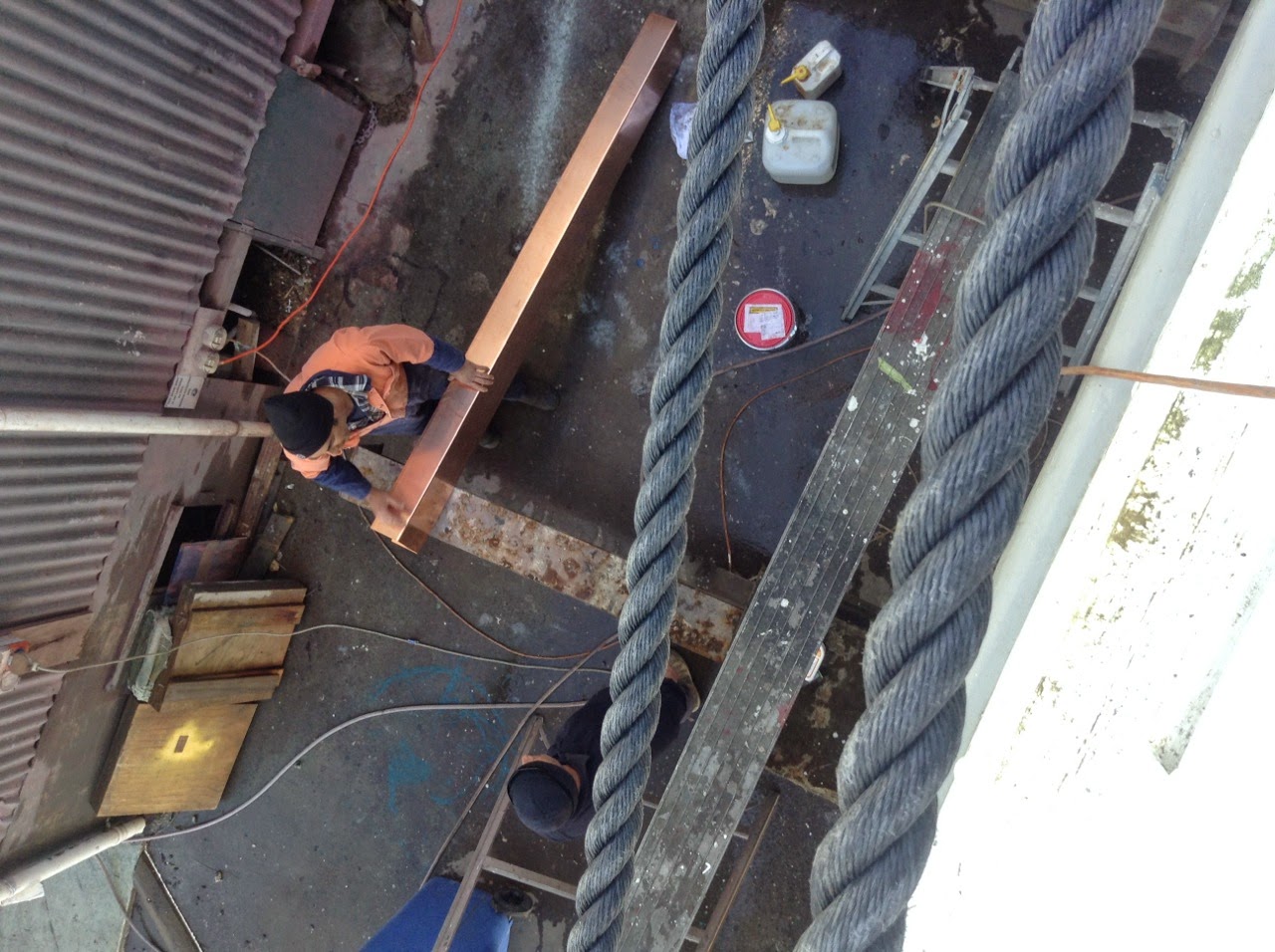 In this picture I'm standing on the deck looking over the side at a worker holding some of the shiny new copper sheathing that is being put on her keel.  It's a vertigo-inducing long way down. 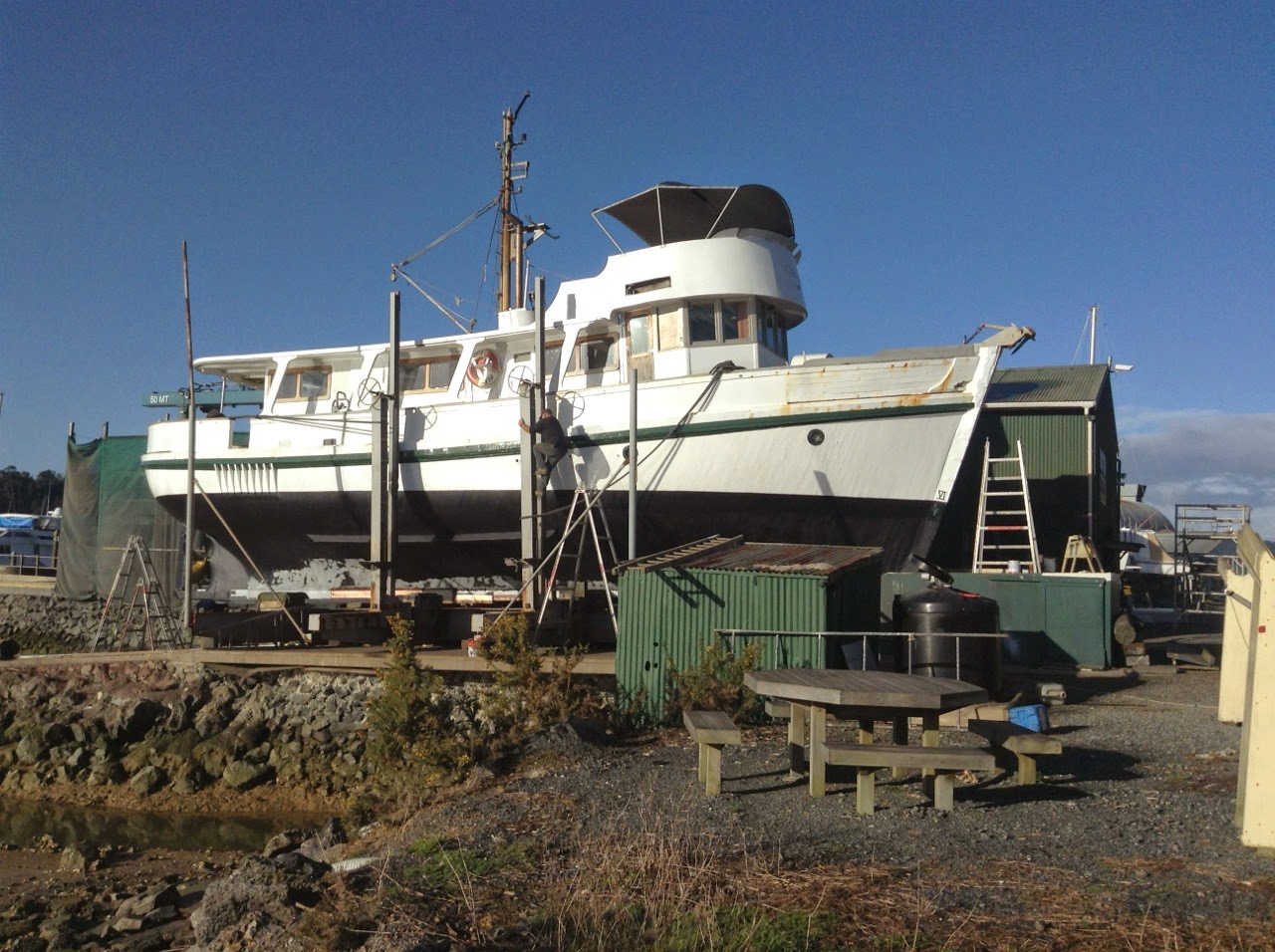 Then here she is almost, almost ready to go back in the water.  You can see the shiny copper if you look close - this gets painted black.  Her belting has been painted dark green, the rest of the trim will be done later.

That last photo was taken at a time of intense stress.  Every morning Cerego was being carefully jacked up in sections so they could work on her keel.  That morning something didn't go quite right and she began to lean.  Gulp.  That's about 50+ tonne of boat.  Everyone was cleared out and they carefully repositioned the cradle arms as much as they could.  Then they lowered the cradle back into the water and waited for the tide to come in.  They refloated and levelled her and then pulled her back out.  Sounds simple, but it was several hours of scary moments.

MV Cerego is now back in the water, all the work on her underside done.  Hubby got her back to her dock with no dramas and now everyone is concentrating on her insides again.
Posted by Charlotte Scott at 3:02 PM