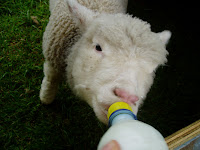 Minty the lamb.  He is slowly being weaned and he has an appointment with a couple of rubber rings shortly.  He is boisterous and bouncy and would dearly love a playmate, but orphan lambs have been a little scarcer this year. 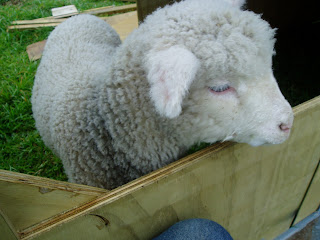 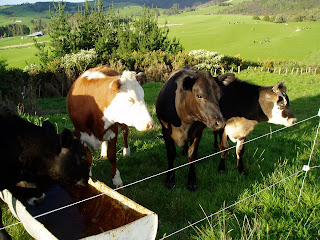 These are the calves that I bottle-reared last year.  Growing fat and sassy on spring grass. 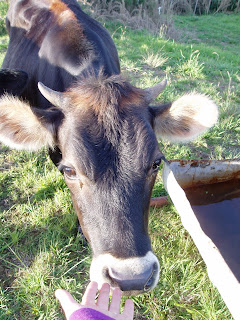 This is Gloria - I still have hopes about her becoming my housecow.  I should have de-horned her when she was a baby but I didn't get around to it.  She lets me scratch her butt (and if I have bit of chow with molasses, well, she'll let me touch her anywhere!) 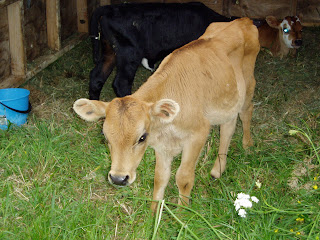 This was Gloria when we first got her.  Ouch, painfully skinny. 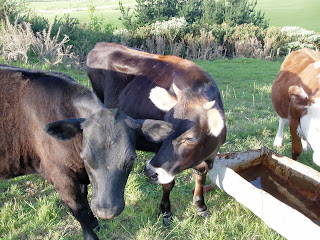 And that's her in the middle.  She'll never be a fat cow after her underfed start, but for her she is nicely rounded around the rump.  Isn't it amazing how much darker she's gotten as she's grown? 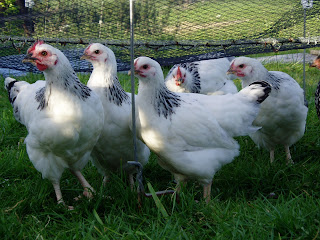 And would a post about my animals be complete without a chook photo?  These are some eight week old chicks that I'm going to sell.  Two Light Sussex roosters (they'll probably end up in the pot) and three Light Sussex pullets.  Anyone need an egg factory?  $12 each. Cluck, cluck!
Posted by Charlotte Scott at 8:31 PM