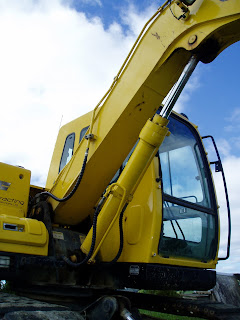 The big yellow machine finally arrived. This has been a much anticipated step towards getting ourselves sorted out here on 'the land'. 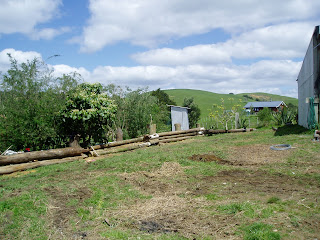 This is the new shed site. Dear Hubby built the retaining wall........ 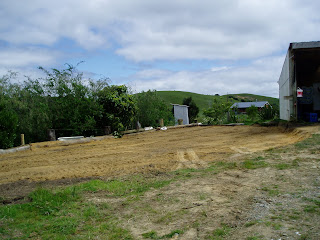 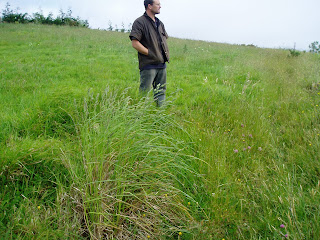 This is a 'before' shot of where I wanted a duck pond. There is a drain or swale that runs across the hillside here and so it will now run off naturally into the 'pond'. I think pond doesn't quite encompass the scale of this thing, really it's a dam. 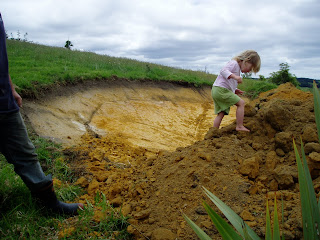 Here is an after shot taken from about the same spot, which doesn't even really show it properly. The edges are all tidied up now and I can see I'm going to have to do some serious planting around it and, of course, some sort of fencing.

I didn't intend a dam. I wanted a little pond that I could build a duck pen around with a house in the middle and another pen on the other side. Then I could use one pen at a time so that they didn't get completely bogged or bare. But now instead I have a huge dam. And it's ok, because now we have an extra water storage facility for summer. We can use it for the stock water troughs and it will still service the ducks, I'll just have to find a different way to utilise it. 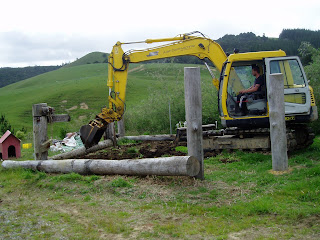 This is actually where he started. Hubby built the framework of logs (old wharf posts) so that the fence can be built off them. The digger dug over the topsoil first, mixing in the truck load of horse manure I had dumped on top. Then I went to bed for a few hours ( I worked a night shift last night) and when I woke up, there was this: 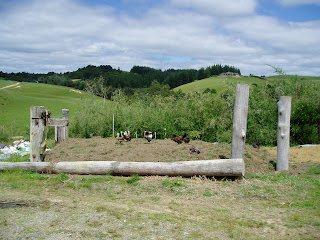 The soil level is now about three feet higher than it was. THREE FEET!!! It's all lovely topsoil and loosened by the big yellw digger. The loosening goes down below for another couple of feet too. What would have taken me about 30 hours of hard double digging and then another 40 hours to shift all the topsoil from the shed site, was accomplished in about 30 minutes. It made me gulp to think about the fossil fuels that that beast consumes, but I can rationalise it when I think of the human hours this would have taken.

And now the digger has moved over to the neighbours to do some work over there. So we saved a bit of fuel by combining the transport costs of trucking the digger out here too.
So now I have lots of things to do. I have to find out how to care for dams, what to plant around them, and how to keep them healthy. I also have to fence the garden and start PLANTING!! I'm kinda overwhelmed with the thought of the garden because things have just taken such a giant leap forward, brain has to catch up.
So that is it for now. I have the night off tonight but will be caring for a vomity little girl instead.
And I will be admiring this: 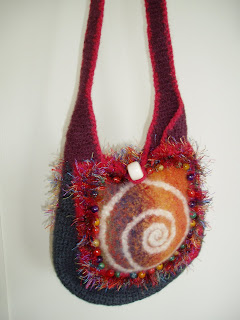 My darling sister, Just This Side of Chaos, sent me this in a parcel. Isn't it gorgeous?

Posted by Charlotte Scott at 4:01 PM